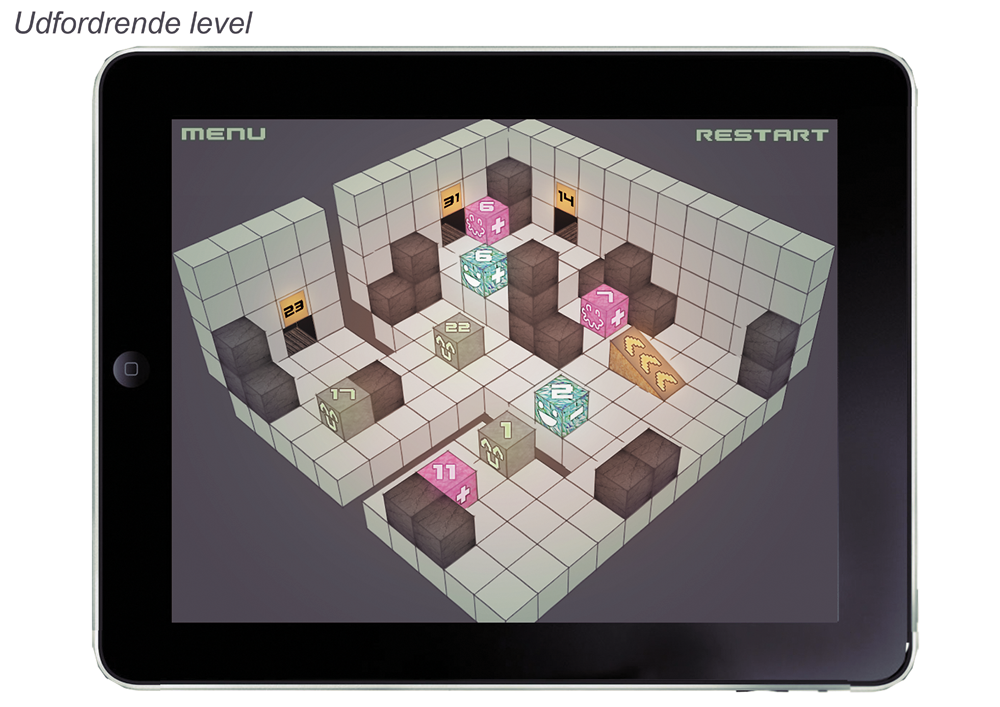 This is a learning game project I worked on for a 5 week course where I developed a concept for a game called ISOMATH.
The goal of ISOMATH is to help 3rd. graders learn and practice math by completing small puzzles on a tablet.
In ISOMATH, the player is presented with a room in which the goal is to move blocks with values around and combine them in the right order until they have the number needed to complete the level. 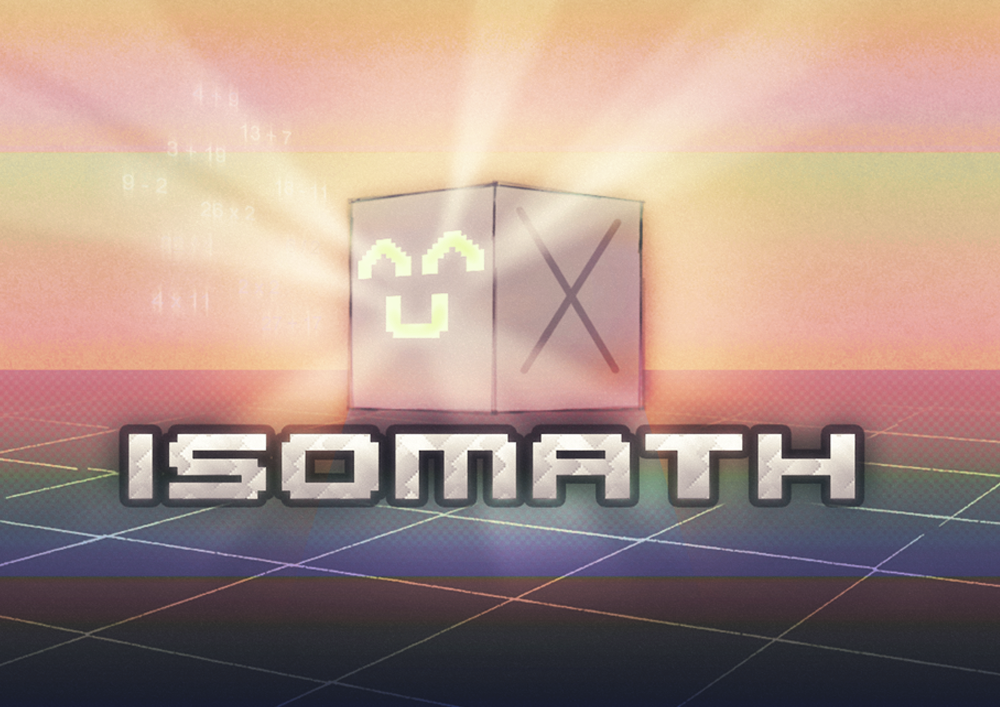 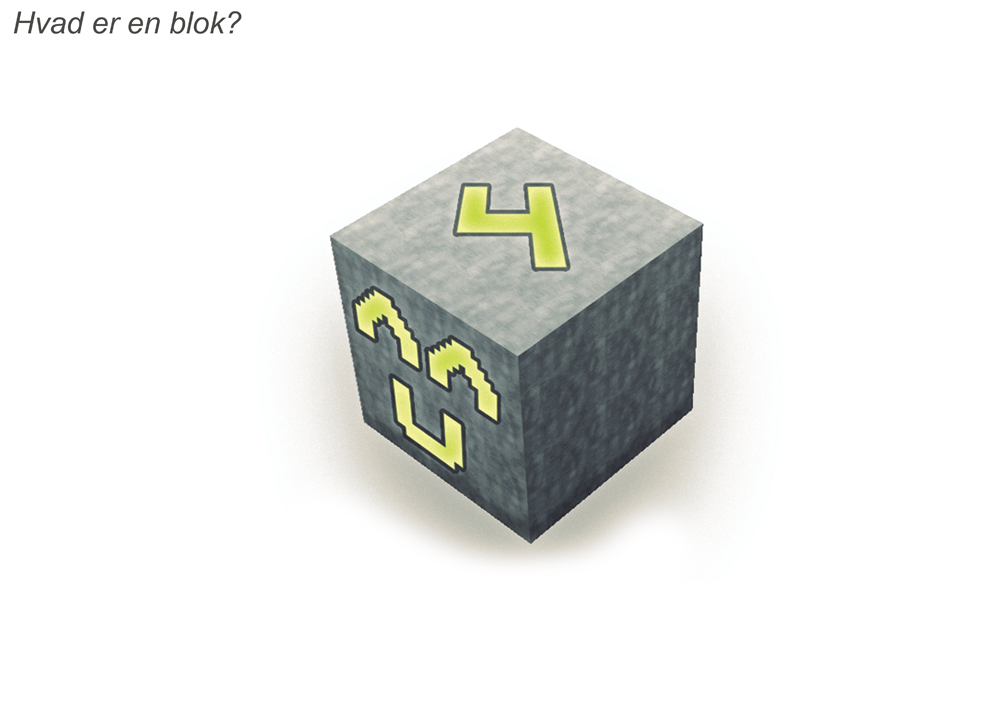 The game is based on moving blocks around in an isometric world. Blocks can have different values, attributes and abilities. The basic one is the Metal block as shown above. 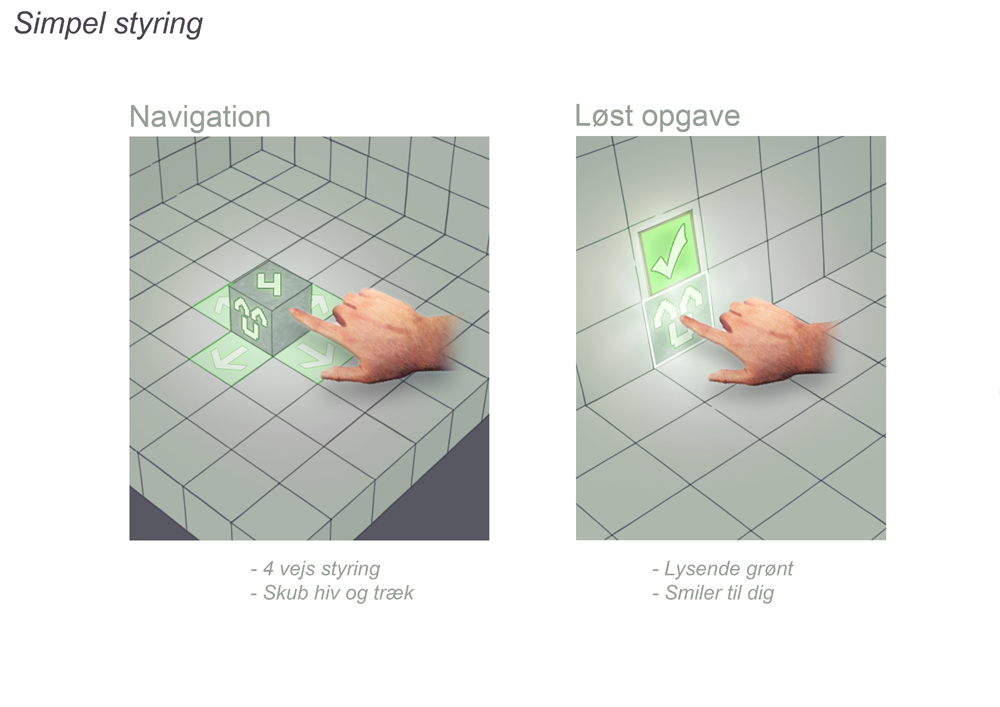 Only three of the six sides on the block are visible to the player. The top side displays the value, the western side shows the face of the particular type of block, and the third side shows the blocks attribute. The Metal block does not have attributes, only values. 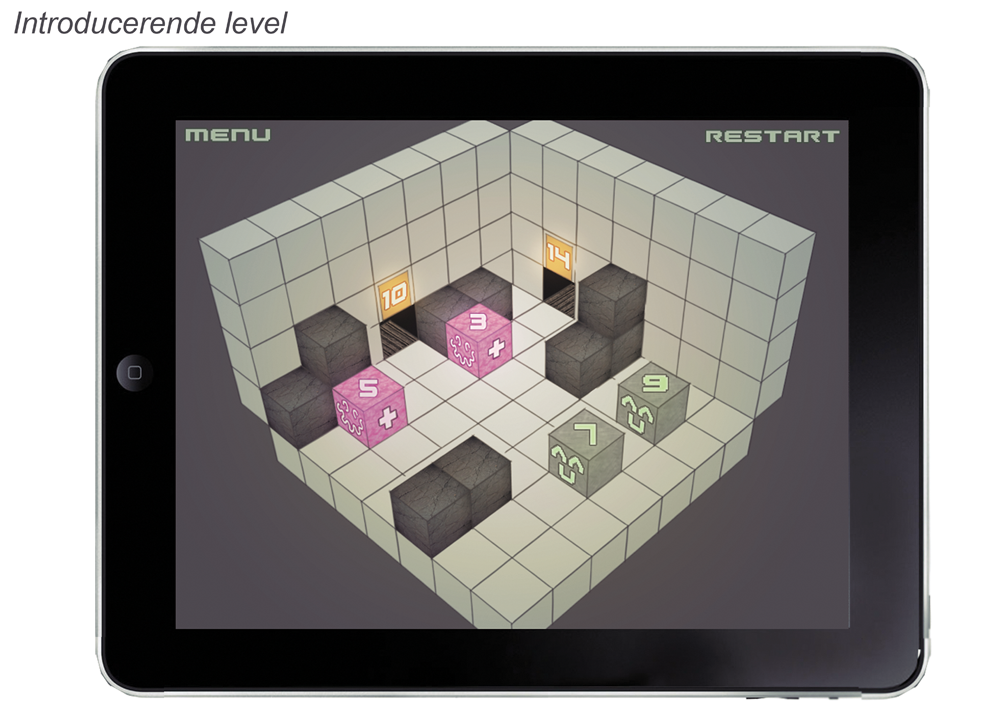 The player can move the blocks around by pushing, pulling and dragging by swiping the finger on the screen. One of the ways to complete levels, is to insert metal blocks with the correct value into the right holes in the walls.
The image above shows what a basic puzzle could look like. The player has four blocks to move; two metal and two jelly. Once a jelly block makes contact with a metal block, it merges it’s value into the metal block while applying the attribute. The two merge leaving only the metal block. 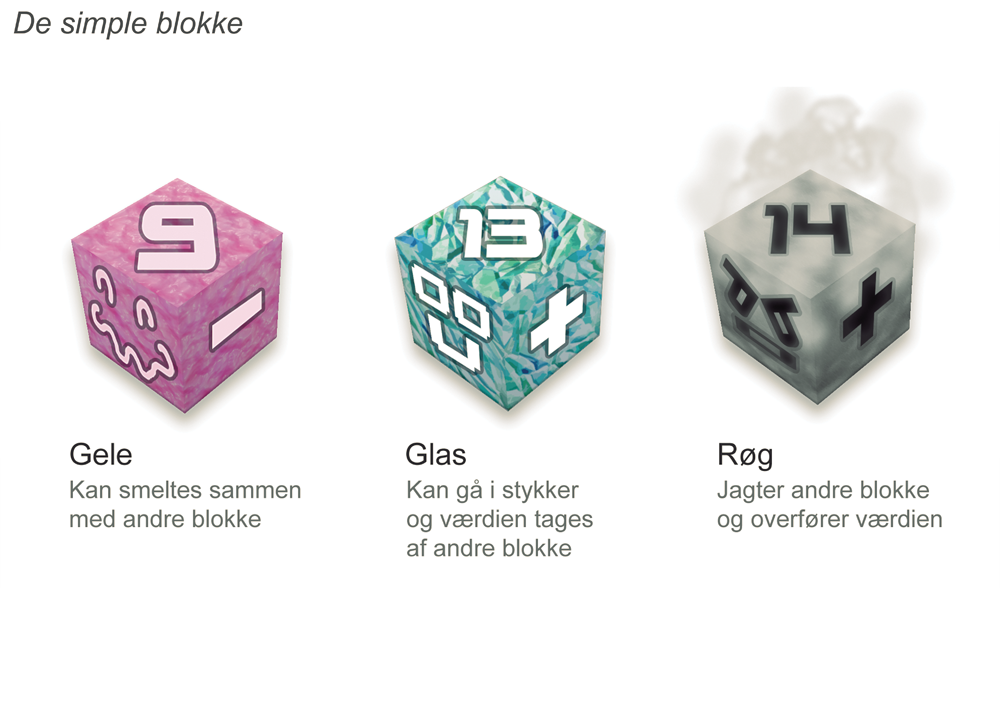 The game has three kinds of special blocks. The jelly block, the glass block and the smoke block. The jelly block merges upon contact with solid blocks as metal and glass.

The glass block is fragile, meaning it can break if certain physical forces are applied to it. If a glass block is broken, it leaves it’s value and attribute on the ground for metal blocks to obtain. 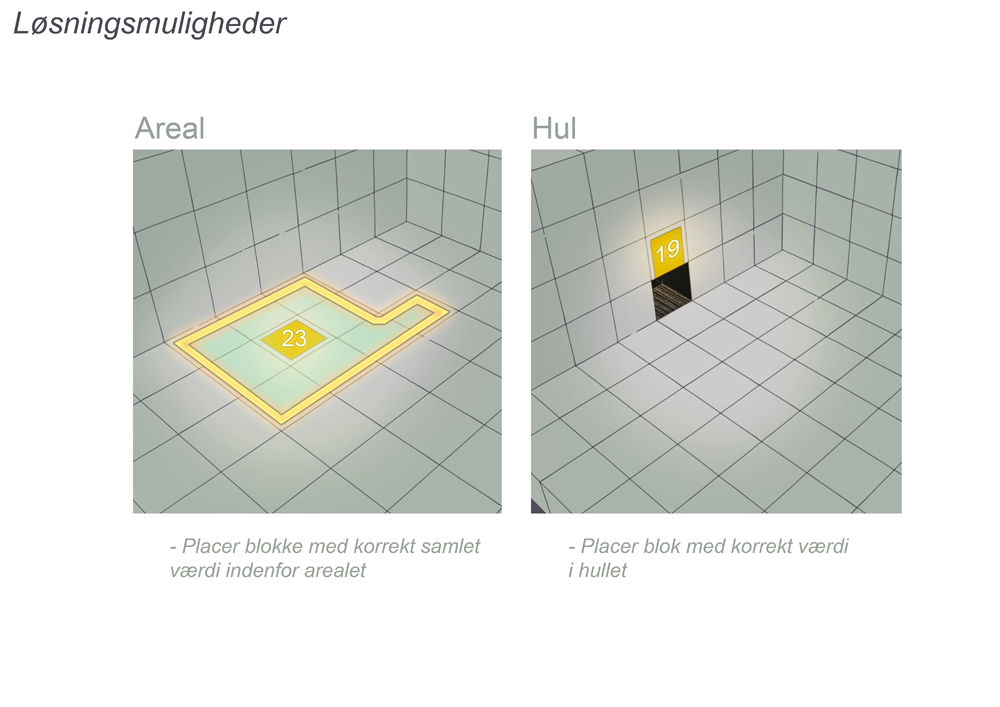 In order to complete a level, the player must fit the correct sum of values in metal blocks into either a marked area or holes in the walls.

The image above shows what a harder level looks like. 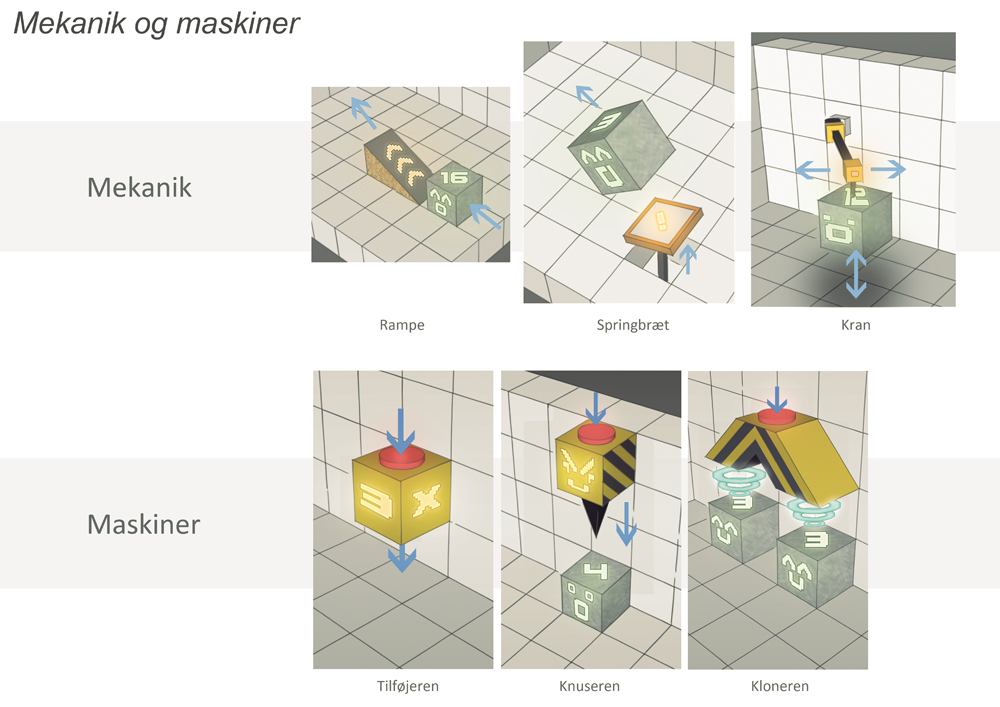 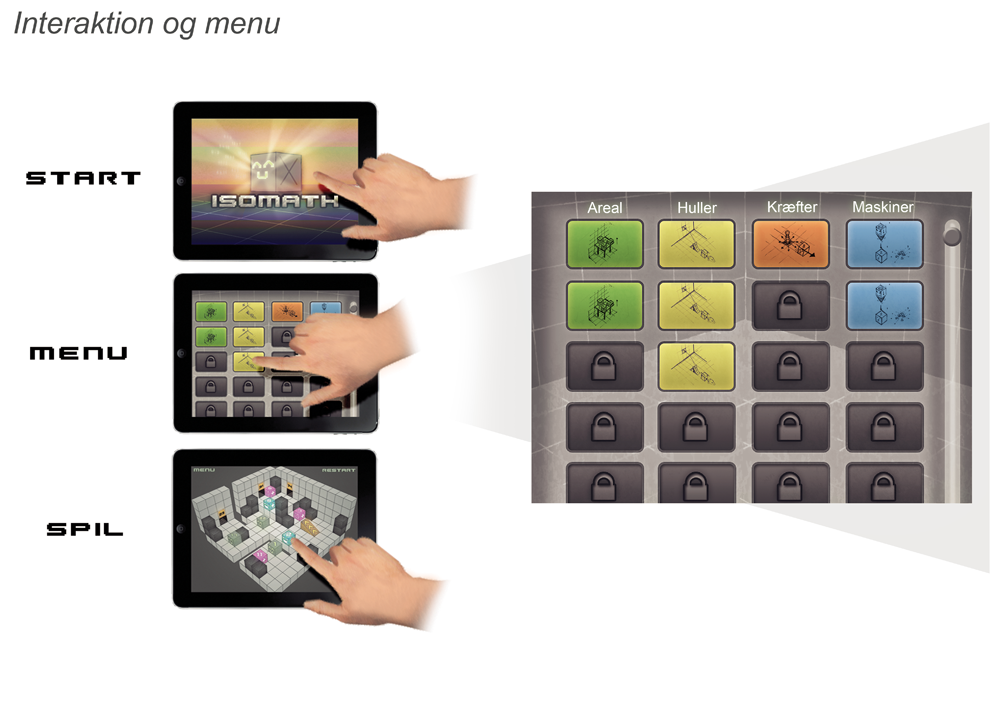