HELLSTAR is a fast-paced shoot ’em up set in outer space that puts the player up against an adapting enemy.

The game is a prototype for PC designed as a part of a project where the goal was to experiment with character progression in a shoot ’em up game.

Shoot your way through the drone armies as you salvage upgrade modules to customize your fighter vessel.

Avoid scanners that will gather information about your preferences and the way you fight.

Manage your weapon resources carefully as you push deeper into enemy territory.

Transform your fighter while in combat and master the two different flight modes and six different weapons.

You can download and play the prototype at https://jehal.itch.io/hellstar

Keep in mind that this is a prototype and that there will be bugs.
The prototype is developed for Windows PC at 1080p resolution with mouse and keyboard.

The prototype was developed for my thesis project where I sought out to experiment with character progression in a shoot ’em up game, while taking inspiration from the genres action RPG and roguelike.

I developed the prototype with the goal of giving the player the experience that the A.I. is learning and adapting to their play-style, forcing them to change up their behavior to avoid the enemy countering their preferred way of playing effectively.

A significant part of the work went into creating such a system in a way that the player could understand and utilize to their own advantage. The system started out being a complicated hidden system gathering a lot of information about the player in order to create a player profile, which could then be used by the A.I. to send the most effective units against them.

The system ended up being simplified significantly in order to be visually communicated to the player in a more simple and approachable way. 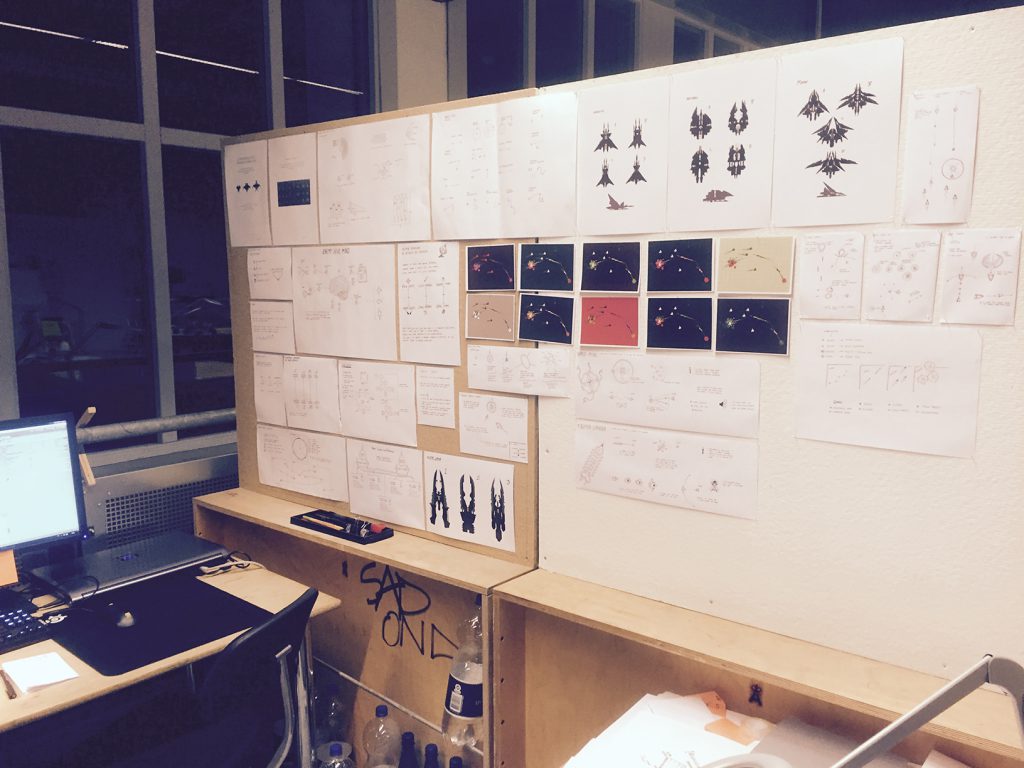 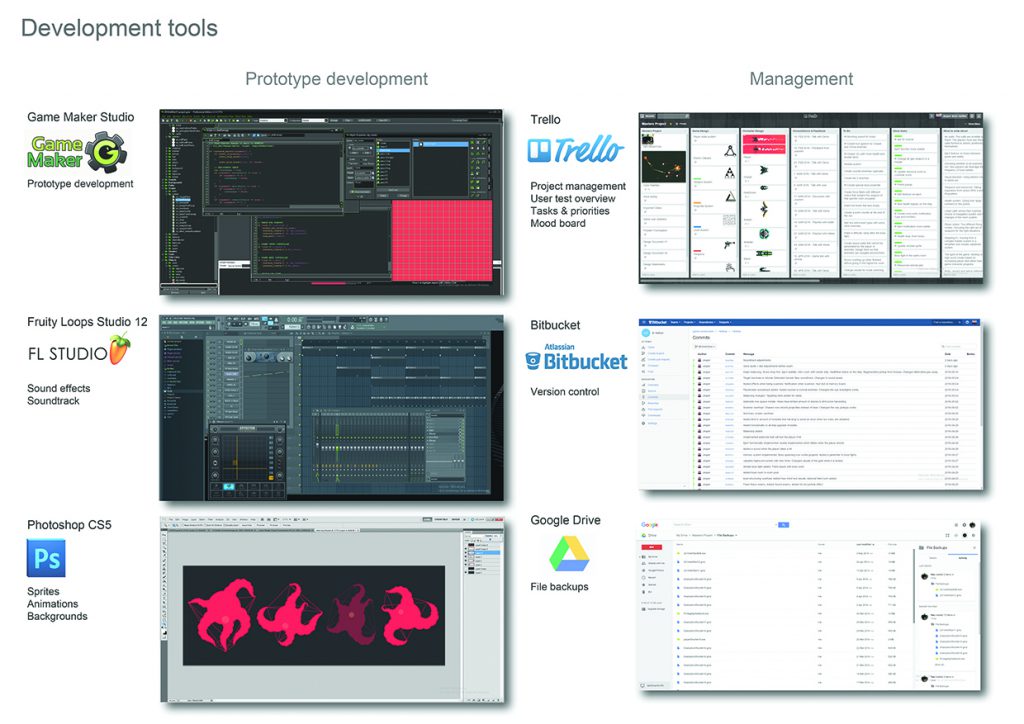 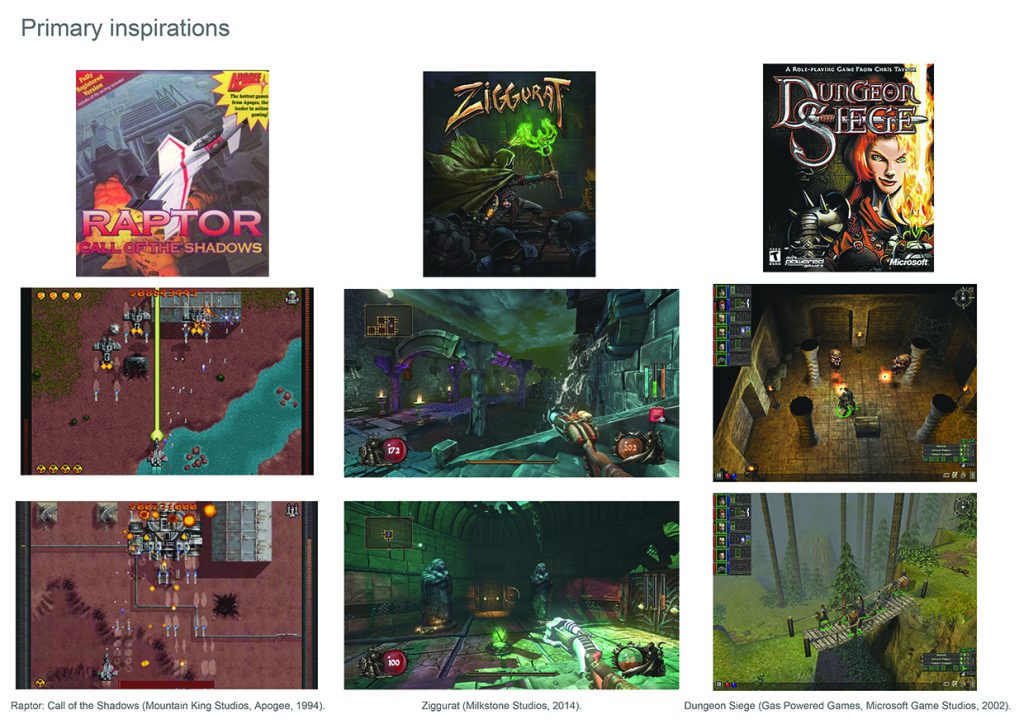 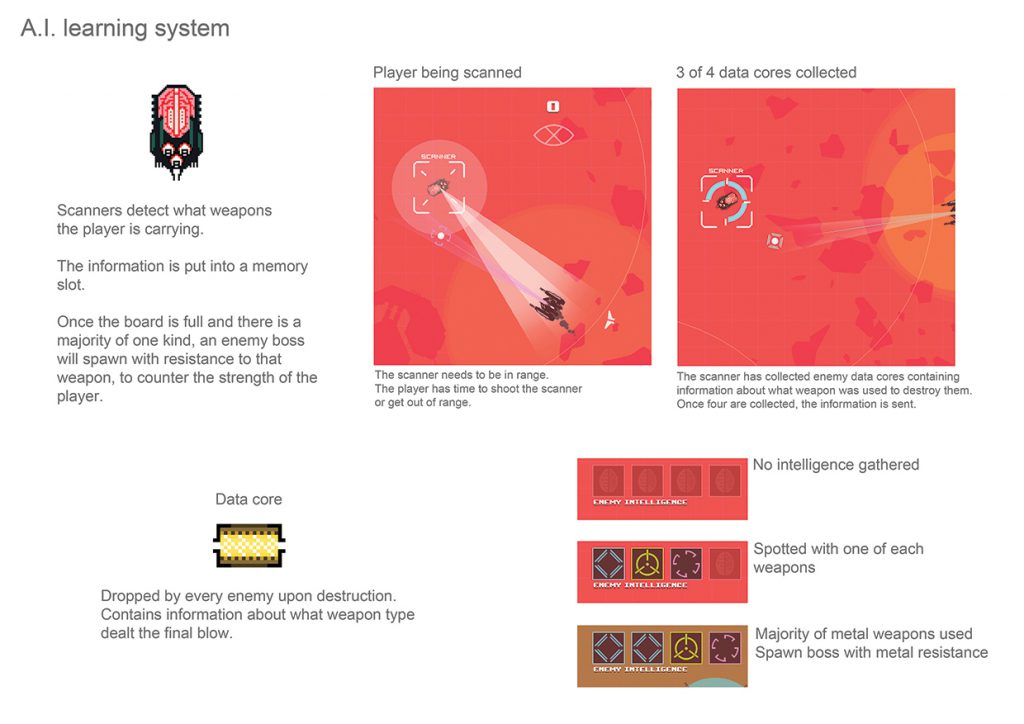 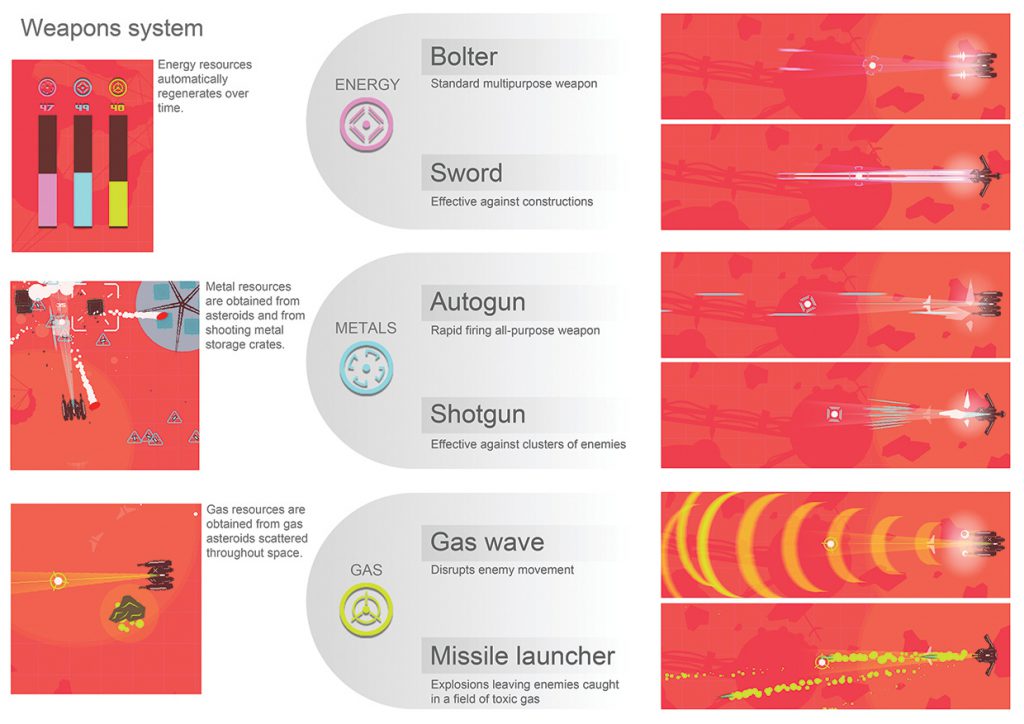 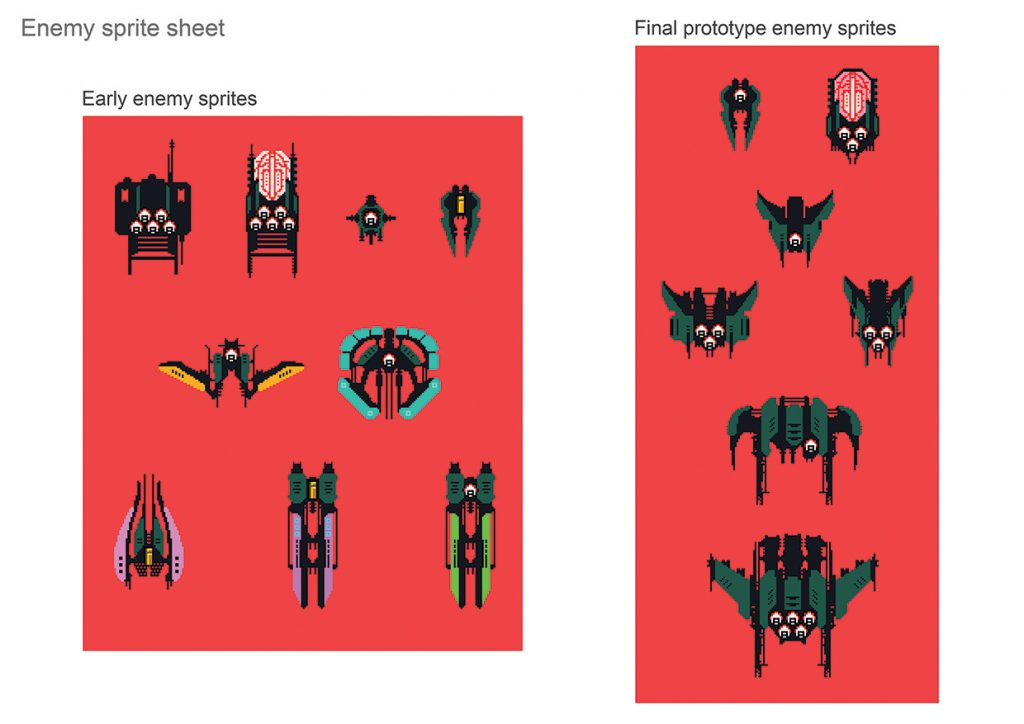 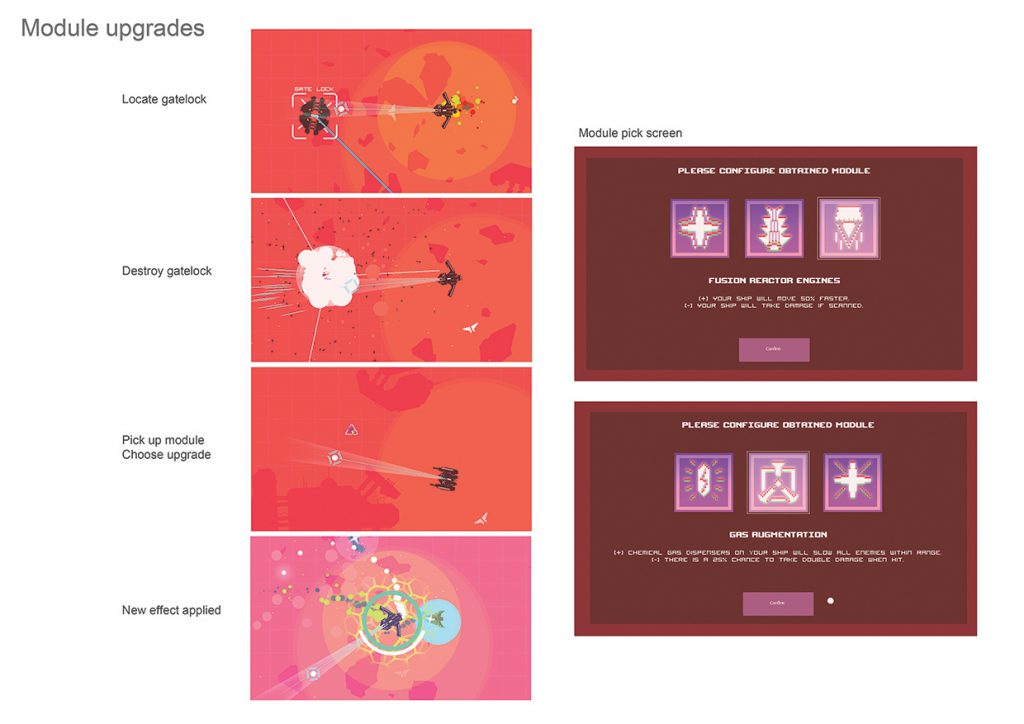 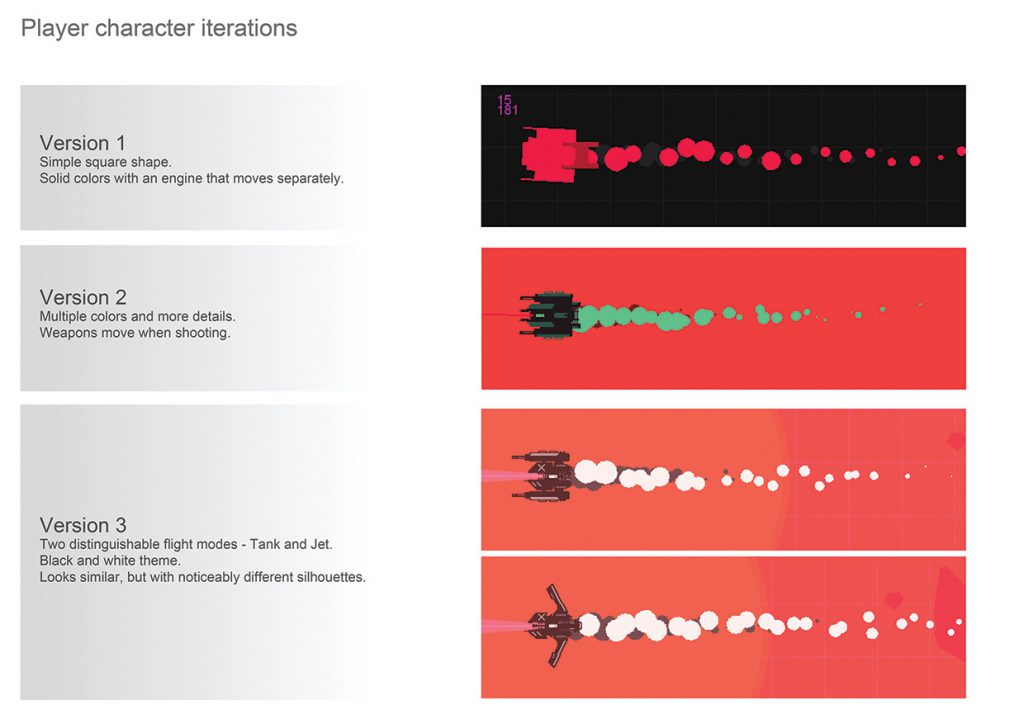 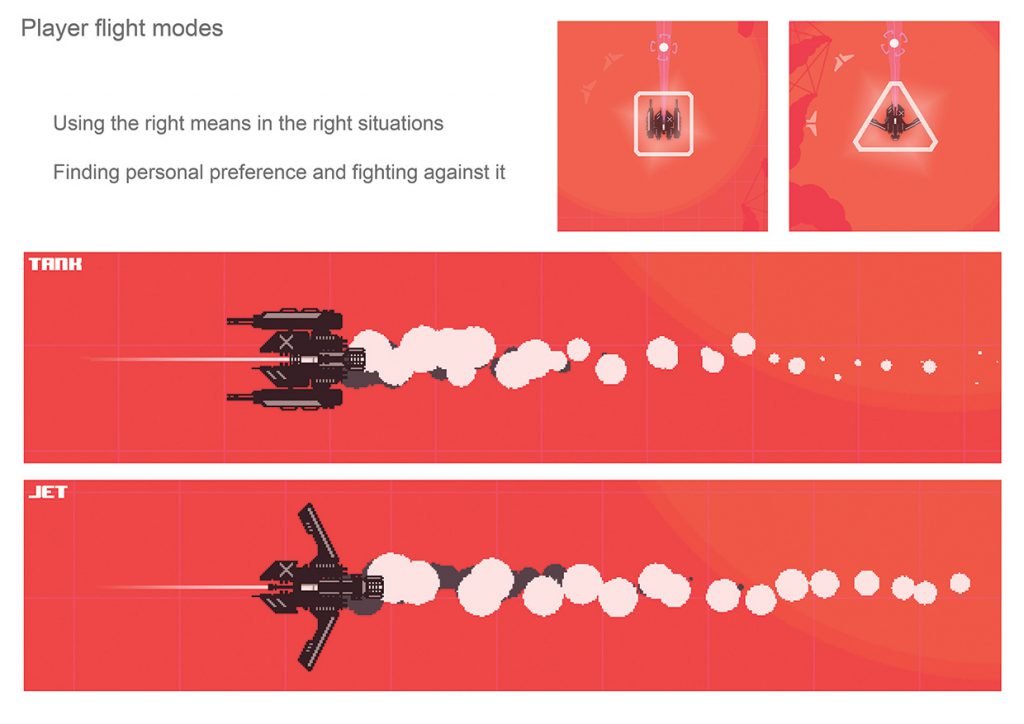 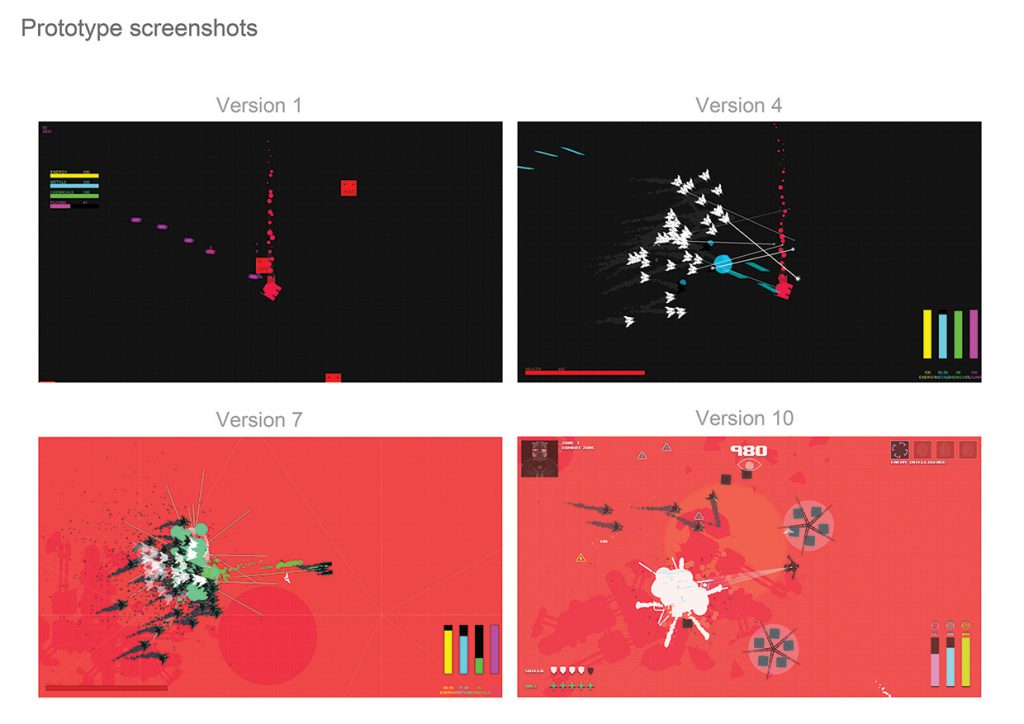 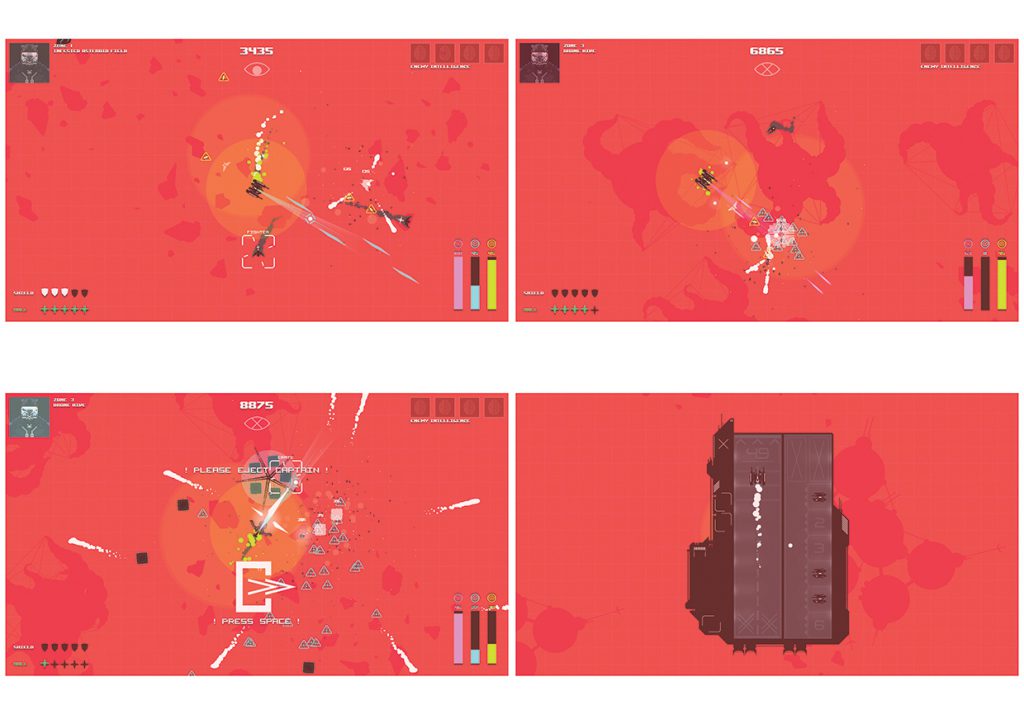