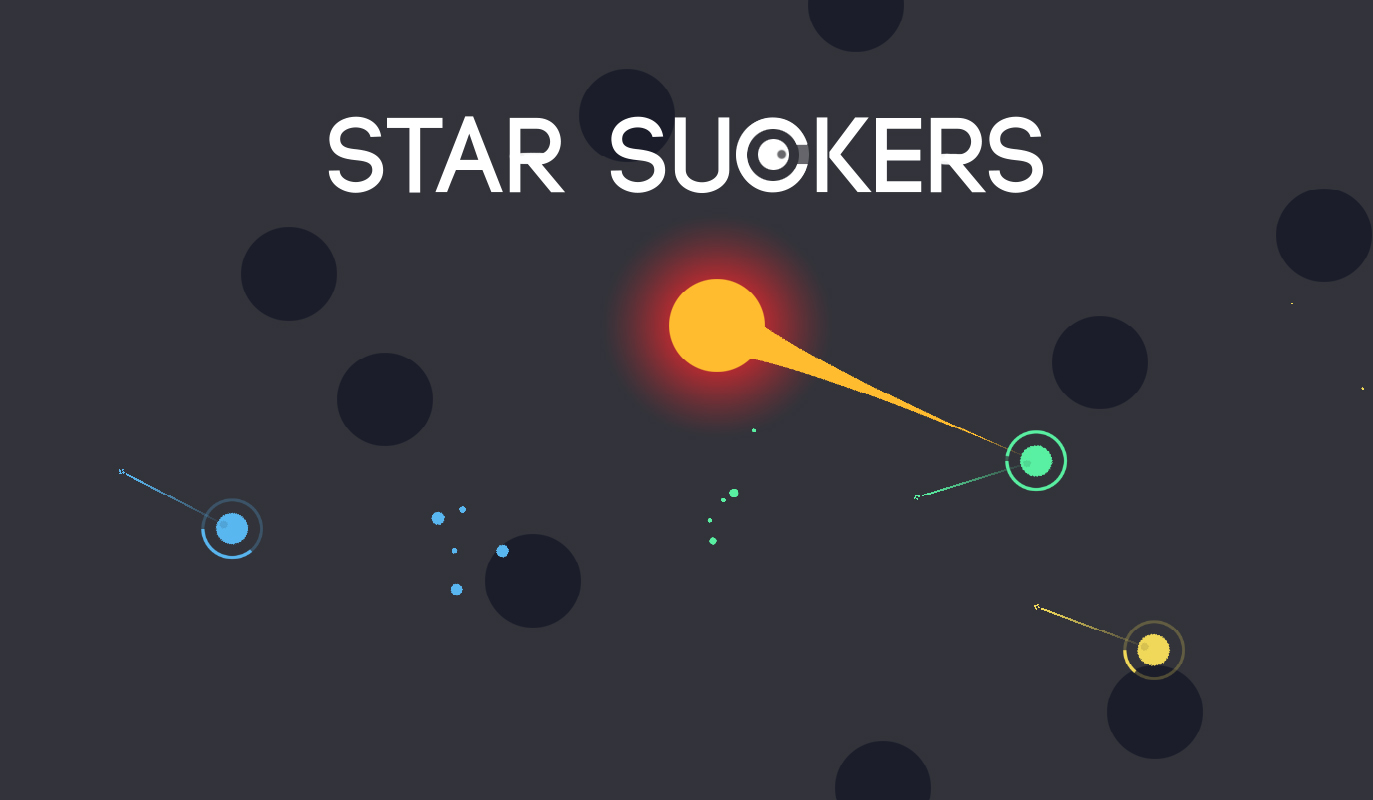 Star Suckers is a local multiplayer game where up to four players compete at being the last one standing in a rapidly collapsing solar system.

In this fast paced physics simulation a procedurally generated solar system containing one star and several orbiting planets quickly collapses as a result of gravity.
You and the other players can jump from one planet surface to another and attempt to absorb energy from the star to perform longer jumps and use explosive attacks against each other.

This game prototype is among my favorites of prototypes I’ve worked on. We reached our goal of creating a simple yet competitive game. The game attracted a lot of attention and people came to our table to battle each other and spent a lot of time with smiles on their faces.

This is a game that I am really proud of. Particularly when I consider that we were three individuals with two days to get from start to finish, and experiencing how many smiles and laughs we got out of everyone who tried it.

Star Suckers was created by Mark Olsen, Joachim Gerber, and I during the 2017 Global Game Jam hosted at ITU in Copenhagen.

Visit the Itch.io page if you want to download and try out the game: https://jehal.itch.io/star-suckers