…
This is a sketch I created back in mid 2017 for a poster to a sequel of a game prototype called Hellstar that I developed and released during my time at university.

The game is a shoot-em-up seen from top-down perspective and is inspired by shoot-em-up action games from the 90’s.
I still dream about making Hellstar II a reality from time to time, and I have a lot of fun wrestling with ideas on how to bring this game to life.

(click the image to view the poster in full size). 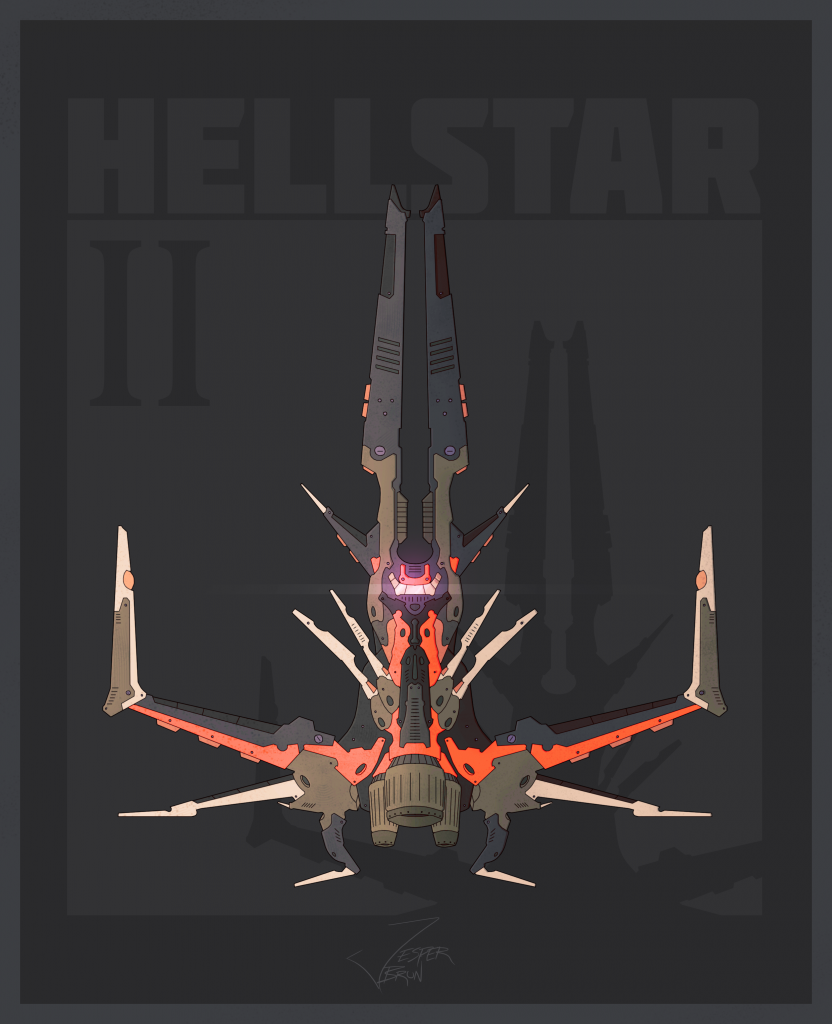 If you wish to take a look at the Hellstar prototype, you can do so here: https://jehal.itch.io/hellstar

The spacecraft depicted on the poster represents the player’s spacecraft.
It is a highly specialized spacecraft capable of traveling and engaging in combat in space as well as in the stratosphere.

“War is raging in the Kepler-186 system. You are a specialized contractor spearheading covert missions for different factions as you begin to unravel the root of the chaos and must fight to put an end to it.”